Daydreams and Other Monsters

University of Texas at San Antonio

Peter Saul is an internationally acclaimed artist who rose to fame with a strong counterculture aesthetic and a wild politically-incorrect figurative practice.  Although, Saul is typically associated with the Hairy Who & the Chicago Imagists, he never actually lived in Chicago but he had only frequently exhibited there.  The artist did however, live in Texas from 1981 – 2000 while he taught at The University of Texas at Austin.

Although Saul lived in Texas for nearly two decades, he is not often associated with the state.  While teaching in Austin, the artist had gallery representation in San Antonio in the Blue Star Complex in the 90s.  Through connections with the city, Saul has greatly influenced San Antonio artists.  Now in his eighties and currently residing in New York, Saul has managed to inspire multiple generations of artists, locally and around the world.

John Hernandez, a San Antonio native, was one local artist who came in contact with Saul’s work when it was exhibited in San Antonio.  Hernandez said he was so excited when he discovered Saul’s paintings because he connected his style to his own.  Hernandez and Saul clearly share a preference for lurid colors and eccentric sometimes outlandish subjects. Fast forward a few generations later and younger artists today are still enthralled with Saul’s practice, including Megan Solis and Louie Chavez, two emerging artists who also run against the grain.

United with a contrarian aesthetic, this exhibit brings together four intergenerational artists Megan Solis (b.1990), Louie Chavez (b.1979), John A. Hernandez (b.1952), and Peter Saul (b.1934) to explore artistic inspirations within similar sensibilities, specifically with an appreciation of ‘lowbrow’ imagery, critiques of popular culture, and conflicts with self that are presented with brash colors and the unexpected. 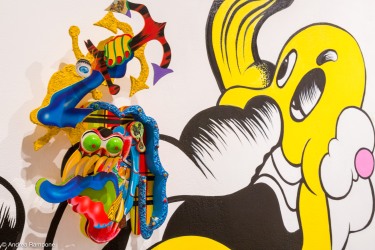 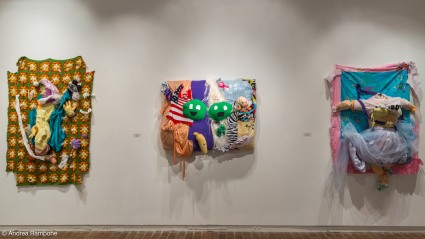 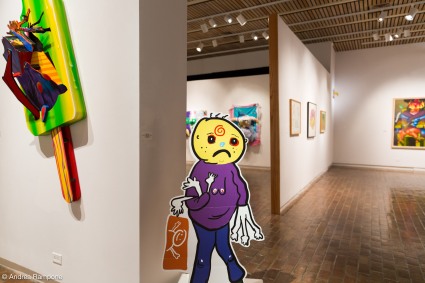 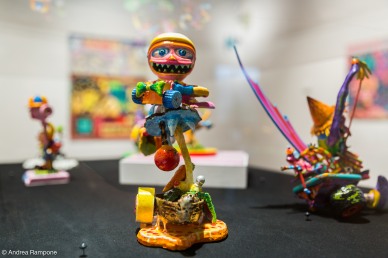 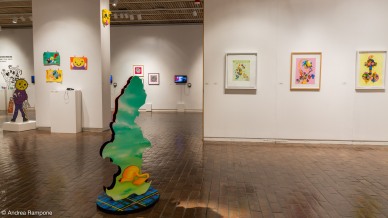 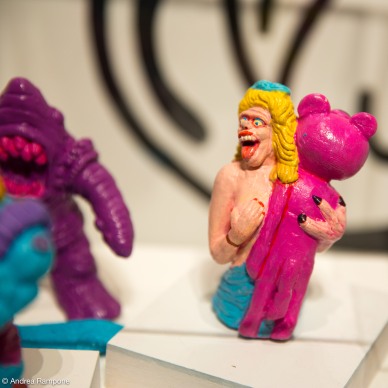 Daydreams and Other Monsters

MEGAN SOLIS PERFORMANCE VIDEOS FROM DAYDREAMS AND OTHER MONSTERS