With the launch of my new website, I wish to start documenting my studio visits and making them available online for anyone who might be curious.  In doing this, I aim to provide greater transparency in my artist selection process, wish to create more documentation for the artists that I visit, and hope to share the amazing things that I get to see with the world. 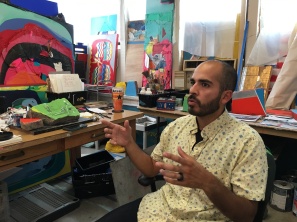 I am happy to kick off my blog with Raul Gonzalez.  I had the pleasure of visiting the studio of Raul Gonzalez on May 23, 2017.

I am excited to be working with Gonzalez on an upcoming project.  He has invited me to write an essay for the exhibition catalogue that will accompany his forthcoming exhibition “Doing Work.” The publication was made possible with the NALAC Fund for the Arts grant and the exhibit will be a traveling show opening at grayDUCK gallery in Austin (in November) and Freight Gallery in San Antonio, Texas (in December).

This exhibition will contain all new work that he is currently making so a number of my pictures show works that are still in progress.  He delves into the subject of work through the lens of his nuclear family relations.  Gonzalez had mentioned three topic dividers: construction, the immigrant worker, and family.  But I find two primary dividers in this work: reflections on his father’s occupation in contrast to his own.

Half of this new series focuses on raising his children. Gonzalez is the primary care taker for two little girls. He is a full-time artist and a stay-at-home dad.  This work is an intimate look into his private home-life, where a toddler and an infant are the center orbit of his days.

These are fabulously non-gendered images.  The girls are captured in scenes as tender as those created by Mary Cassatt, but instead of leisurely boat rides, his girls are learning to shovel and use power tools.   These drawings also break gendered stereotypes of the dad’s role in the traditional family, as images show Gonzalez in domestic tasks such as gliding the Swiffer sweeper on the floor with the smallest child strapped in tow. 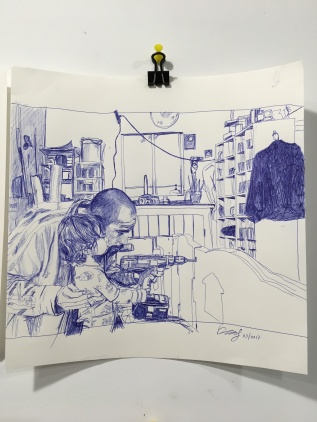 The new works centered on his progeny stand in direct contrast with the artworks that recall his father’s line-of-work.  After all, construction work is the epitome of a traditionally ultra-masculine occupation and Gonzalez paints these scenes directly on materials found at construction sites including fragments of concrete.

As a parent himself now, he attempts to know his own father better through his art practice. Although his father is not retired yet, these images come from laborers Gonzalez does not know personally.  He photographs the men at work from afar with a zoom lens.   As an onlooker and observer, he captures a world unknown to him first hand and sympathizes with their struggles and assiduous efforts.

Gonzalez points out that it is such a thankless job for this kind of hard labor.  It’s not like anyone goes up to these workers and says, “thank you for the road.”  We have revered and iconic images of men working in the early days of the American building boom constructing the great sky scrapers in this country, but basic infrastructure such as our highways and bridges are built by these workers without any glory or gratitude, yet they keep the nation safe and mobile.

Keep up-to-date with what Raul Gonzalez is doing and sign-up for his newsletter.  Visit his website at  http://www.artistraulgonzalez.com/ 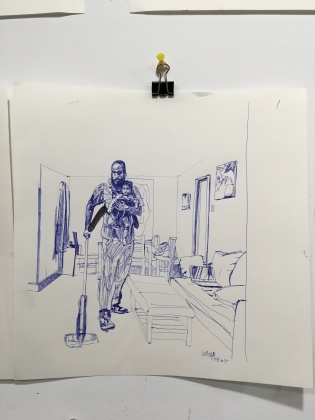 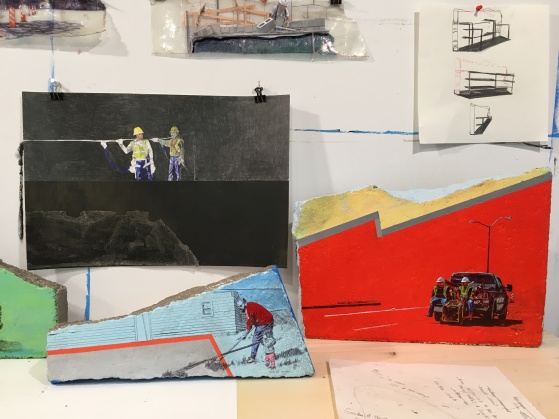 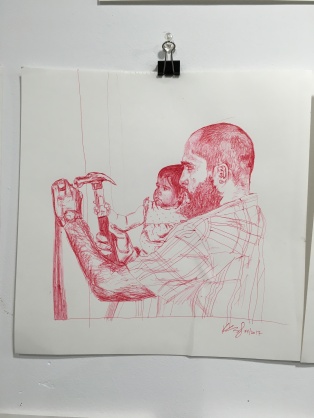 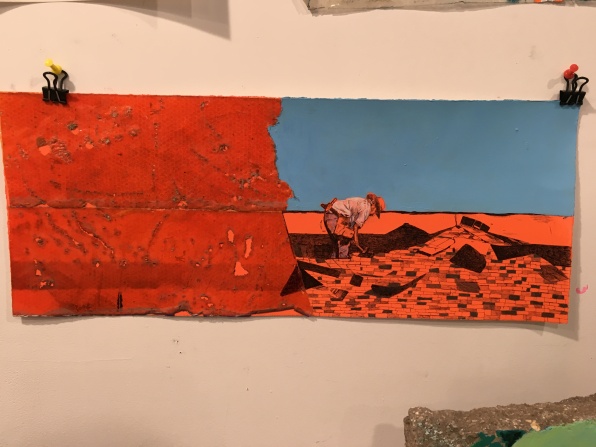 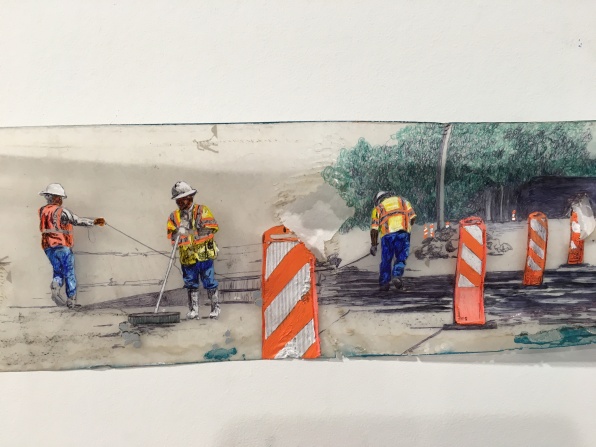